Everything You Need to Know about Auras

What is an aura?

Before the nuclear age, the common perception was that everything was made up of matter. Then, scientists split the atom and discovered that this isn’t the case; truly everything in the Universe is made up of energy, vibrating at different frequencies. Similarly, even things that appear ‘solid’ are oscillating at the molecular level. This includes you. So, an aura, or auric field, is the emanation of this energy that surrounds you; this is your life-force (prāṇa in Indian cultures and qì/chi in Eastern philosophies). Essentially, the fact you’re alive and not a corpse is this vital force circuiting the body.

This energy comes into the body via the crown chakra at the top of the head (hence the name) and travels along channels, called nadis, of which there are approximately 72,000. These nadis meet at energy centres – think of it like intersections on a motorway – or chakras. There are seven main chakras in the human body, although there is some speculation that we will develop more as our collective consciousness evolves.

“The auric system is commonly overlooked, despite it being another energy system in its own right.”

There tends to be a lot of discussion about the chakras, but the auric system is commonly overlooked, despite it being an entire energy system in its own right. For example, in psychic and mediumstic practices many know that third eye governs clairvoyance (clear seeing), the throat chakra rules clairaudience (clear hearing) etc., yet, they do not know that there is a direct correlation between the auric system and the chakra system. Indeed, it is through the aura that we receive the information, not the chakras. The same could be said of healing disciplines, which is also heavily charka-centric. So, I have outlined a summary of what you need to know about the Aura below.

There are seven layers to the auric system emanating away from the body. Each layer shares the same colour as their respective chakra (easily remembered as they’re in the same order as the rainbow) and each with its own unique function. They are:

1. Physical body – The corporeal matter of beings.
2. Emotional Body – The level for emotions.
3. Mental Body – Mental concepts in a rational world.
4. Astral Body – This is where our auras merge and interact with other living beings (including animals and plants).
5. Etheric Template (Spiritual Body) – associated with Divine Will.
6. Casual Body (Celestial body) – where we experience the spirit world.
7. Ketheric Body/True Self – links us to the super-conscious, God or ‘higher truth.’

What is particularly noteworthy here, is that things that manifest themselves on the physical level begin on the divine level first. For instance, a person who has held their tongue their entire life and misaligned themselves from their Divine purpose by not expressing their truth. This suppression affects them on a mental level (the telling internalized of stories), producing an emotional response (resentment, sadness etc.) and if this remains unresolved, it finally manifests itself physically, in throat disorders such as laryngitis or cancer.

It is also worth mentioning that the chakras do not exist in the physical body, but within the auric field. Therefore, the crown chakra and the base chakra are outside the corporeal self.

Auric fields can be seen by two main methods: Kirlian photography (see above) or by skilled psychics. Auras may show themselves in the colours of the chakras, or as a mix of colours or something altogether different.

The methodology for witnessing auras is quite straightforward; seeing them however is a different thing entirely. It requires patience and trust.

1. Ask a friend to stand in front of a white background, be it a wall, a flip chart or a door. It is less distracting if your friend is wearing a plain, light-coloured top, as to not influence the tones you are reading.
2. Slightly squint your eyes, and gaze gently past or through the person at whom you’re looking. I tend to focus on a spot slightly over one of their shoulders.
3. You may start to see a somewhat blurred outline of your friend that sits a little away from their physical edge.
4. After a little while the white background behind them may take on a slight hue, this is the aura.
5. As with all things this takes practice, do not worry if you do not see something immediately.

Aura colours and their meaning.

The aura is an extension of a person’s personality and emotional, mental and physical landscape, so it will change from day to day. It can be affected by external factors as well as the general disposition and character of the individual.

There are no hard and fast rules as to what these visual variances ‘mean’, as, with all psychic practices, it depends on the intuition and knowledge of the reader. But there are certain common themes. For instance, those that practice a lot of yoga tend to have a ‘still’ aura or people with serious illness have a fainter aura than someone vital. Moreover, auras tend to have a ‘texture’ to them. They may be sparkly, treacly, in lines, waves or arcs.

Below, I have given a rough guide to how you might interpret auric colours only, but it is no mean a fixed manual:

Red ~ Pertains to circulation, the heart and the physical body. In its higher aspect, it is an indicator of a healthy ego, stability and being strong-willed. In its lowest aspect, red energy can give way to anger, unforgiving, anxiety or nervousness.

Orange ~ points to the reproductive organs and feelings. It is the colour of vigour, vitality and enthusiasm. In its higher aspect, orange energy shows creativity, confidence and gregariousness. In its lowest aspect, it can give way to stress and addictions.

Yellow ~ represents life energy – qi or prana. The colour of optimism, awakening, inspiration and intelligence. It has no lower aspects.

Green ~ connects to the heart-centre and lungs. It is the comfortable and healthy colour of nature, representing growth, balance, healing, as well as depicting a love for all sentient beings and Mother Earth.

Blue ~ Pertains to the throat and the thyroid and is therefore indicative of communicators. Writers, public speakers and linguists will often have a lot of blue in their auric field. It is also a cool, calm and collected energy.

Indigo ~ Pertains to the third eye and therefore is a colour of deep feelings, intuition and sensitivity.

Violet/Lavender ~ Relating to the crown, pineal gland and the nervous systems. It is the most sensitive colour in the aura. People with a lot of violet in their auras are usually highly artistic, psychic, intuitive, visionary and magical.

“The aura is an extension of a person’s personality and emotional, mental and physical landscape, so it will change from day to day.”

Turquoise ~ is associated with the immune system and usually found in the auras of healers and therapists. It is a sensitive, compassionate colour.

Silver ~ pertains to spiritual and physical abundance. A lot of bright silver in an aura may indicate a spiritual awakening or financial gain.

Black ~ points towards pulling, capturing and transforming energy. It can indicate unreleased anger, grief or health problems. Also shows an unforgiving nature (to themselves and others) and possible past-life issues that remain unresolved.

White ~ linked to protection and deflecting other energies. Flashes of white within the auric field often signal that angels are nearby. As with most associations with white, it symbolizes purity, truth and a healthy individual.

Earth Tones/Brown ~ Colours of soil, wood, minerals and plants highlights very grounded energy and someone who works with the earth, such as a gardener or farmer. However, in its lowest aspect, a more brownish hue can point to greediness, self-absorption or ignorance.

Rainbow ~ auras with stripes of colour emanating as beams of light from the hands, heart or head are indicative of someone that is a healer.

How to use the aura in everyday situations

One of the main purposes of the aura is to act as a protective membrane between us and other living beings. Otherwise, we’d be picking up on other people’s emotional, spiritual and mental states all the time, (which is what we want in intuitive practices but only under our control and safeguarding). This awareness is especially important for those working psychically, mediumistically and/or with vulnerable people (nurses, therapists etc.). However, it is equally useful to be aware of your aura in busy or crowded situations or when in contact with someone with challenging energy.

There are various techniques for this; they do not need to be overly elaborate – find that which suits you best – I have outlined some common ways here:

1. Envisage the outer edge of your aura hardening like the shell of an egg (indeed the aura is egg-shaped). This technique means that nothing can penetrate through.
2. Imagine the outside of your aura is being covered in a very dark, inky blue paint, dripping its way from the top down to the bottom. This visualization transforms your aura ‘incognito’. This method is particularly useful if you have been doing any lightwork, Reiki, psychic readings etc.
3. Picture the exterior of your aura as a shiny mirror, deflecting any negative energy away from you.

To read more on ways to work with the aura, read my Grounding & Protection blog here.

Signs of a defective aura

For your aura to operate and shield effectively, it is essential that there are no rifts or rents. This damage is usually caused by:

1. Emotional or mental difficulties (stress, anger, unresolved conflict etc.)
2. Poor health (although this is slightly chicken and egg: sickness can be attributed to a weak or compromized aura and vice versa)
3. Psychic attack (someone wishing you ill)
4. Poor auric hygiene (not closing down or opening up properly)
5. Drugs or alcohol addiction
6. Invasive surgery
7. Accidents; events that cause shock; emotional or physical stress

Symptoms of a defective aura are numerous: poor boundaries, easily affected by the emotions and thoughts of others, headaches, mental illness, uncontrollable emotions such as fear, anxiety and/or paranoia that doesn’t feel as if it belongs to you, feelings of isolation and/or lack of personal space. But as with everything, you know yourself best, so if something doesn’t ‘feel right’ don’t brush it off as ‘nothing’.

If you are in any doubt, your aura’s health can be checked and aligned by an experienced spiritual healer. I would recommend any of the staff members at The College of Psychic Studies, London as I have had personal experience with them, but there are many other reputable healers out there, just be sure to do your homework.

What are your experiences and knowledge of auras? Put them in the comments box below.

Be sure to subscribe to the newsletter and feel free to drop me an email: hello@wellnessfoundry.co.uk

This site uses Akismet to reduce spam. Learn how your comment data is processed. 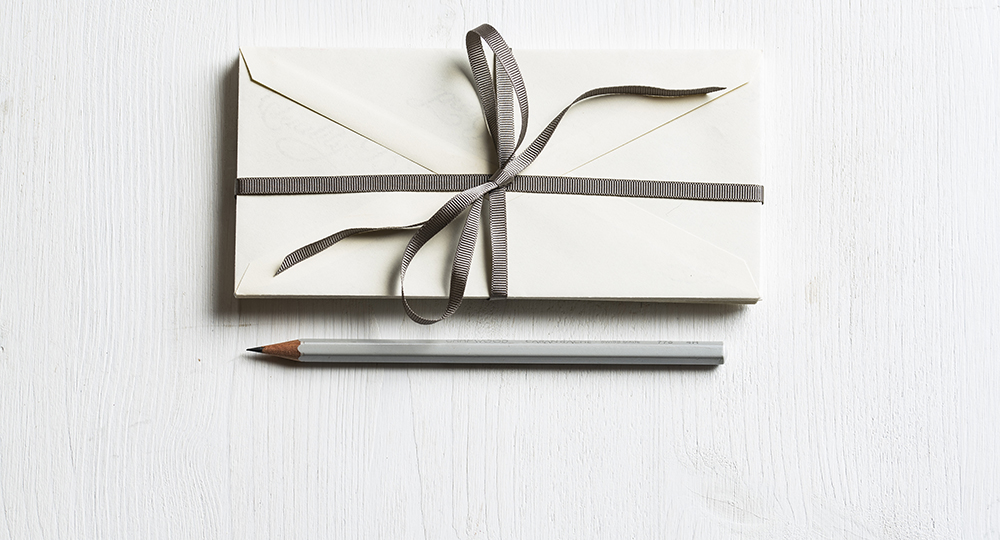 Signing up to a newsletter isn't a big deal. Transforming your life is.

Congratulations! Your meditation mp3 is in your inbox